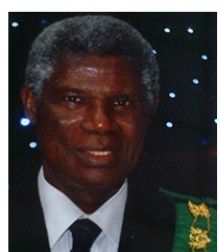 Jonathan Admire Thomas was initiated in Lodge Leona No. 1644 S.C. on Wednesday 22nd July 1974 passed and raised in August

and October 1974 of the same year. Made a Mark Master Mason in Lodge Travellers No 1455 on 16 March 1976. Affiliate of Lodge The Earl of Eglinton & Winton No 1650 S.C in 1980 and served as Treasurer in that Lodge for a period of seven years. Served as Secretary in Lodge Leona for a period of 5 years and as Treasurer for another 3 years. He was installed as Right Worshipful Master in his mother lodge on Thursday 11th June 1987

IN THE GREAT PRIORY OF THE UNITED RELIGIOUS, MILITARY AND MASONIC ORDERS OF THE TEMPLE AND OF ST JOHN OF JERUSALEM, PALESTINE, RHODES AND MALTA, OF ENGLAND AND WALES AND ITS PROVINCES OVERSEAS. Was Installed KNIGHT OF THE TEMPLE at The ASCALON Preceptory No 163 EC in December 2006 and received the MALTA degrees in January 2007.

You may have missed

AT THE CONSECRATION OF LODGE PLUS ULTRA No 1856 THE TWENTIETH DAUGHTER LODGE IN THE SCOTTISH DISTRICT OF SIERRA LEONE AND THE GAMBIA, SATURDAY 26th JUNE 2021 AT FREEMASON’S HALL TOWER HILL, FREETOWN